Harry Stoner of Stockton broke the nearly three-year-old salmon record by .2 pounds with this 6.2 pound catch on February 28, 2010. He was fishing in Sunken Oak Cove (now known as Cowboy Cove) with a Kastmaster. There were two other large salmon caught on the same day. 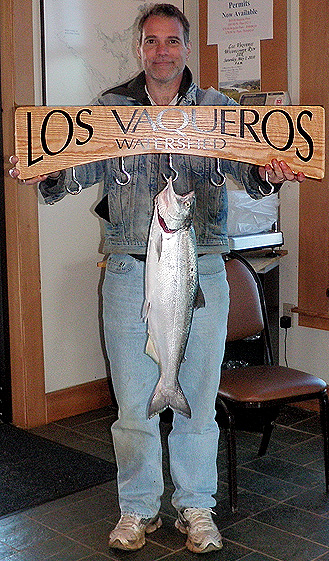