Formed in 1936 to provide water for irrigation and industry, the District is now one of the largest urban water districts in California and a leader in drinking water treatment technology and source water protection. See CCWD's original incorporation document (PDF) from May 9, 1936. The District’s water source is the Sacramento-San Joaquin Delta. Learn more about our source of water.

In addition to providing drinking water to residences and businesses in our community, we also serve major industrial customers and agricultural customers in the area. 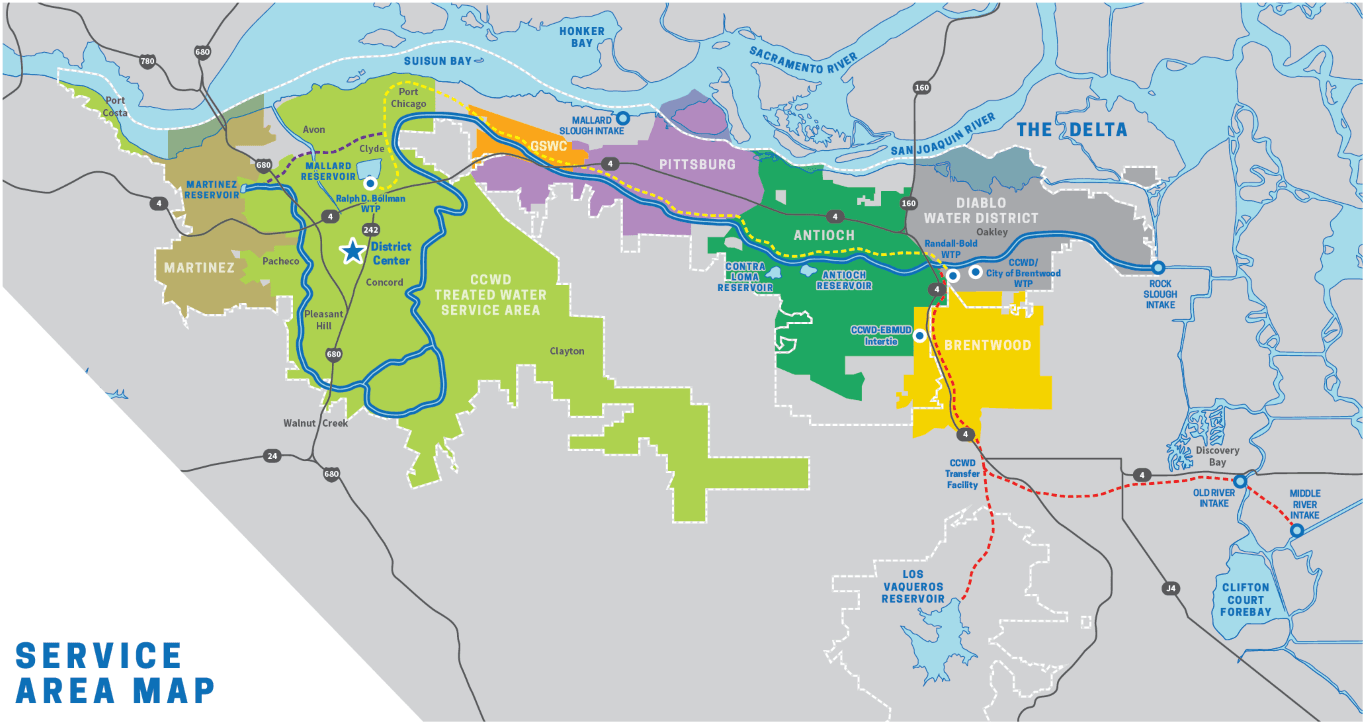 We own and operate many facilities that store, move, and treat your water. Below are details about all the facilities and various types of infrastructure supporting your water system.

After passing through a fish protection barrier and flood protection facility at Rock Slough, the canal travels through a short unlined channel before entering a 2½-mile 10-foot diameter pipeline on its way to the concrete-lined section of the canal in Oakley. From Oakley, four pump stations lift water in the canal 124 feet above sea level to the Canal’s Antioch summit, after which gravity propels water to its terminus in Martinez.

The District operates the canal in two distinct sections. The Main Canal is the 26-mile segment from Rock Slough to Clyde. Major deliveries to municipal and industrial customers are made within this section of the canal, which has a capacity of 350-204 cfs. The 22-mile Loop Canal, with a much smaller capacity of 190-22 cfs, is relied upon during Shortcut Pipeline shutdowns for facility improvements and in the event of an emergency. In addition, approximately 200 irrigation customers have connections along the Loop Canal.

We oversee four dams and two levees within our water system. Learn more about these facilities and our Dam Safety Program.din 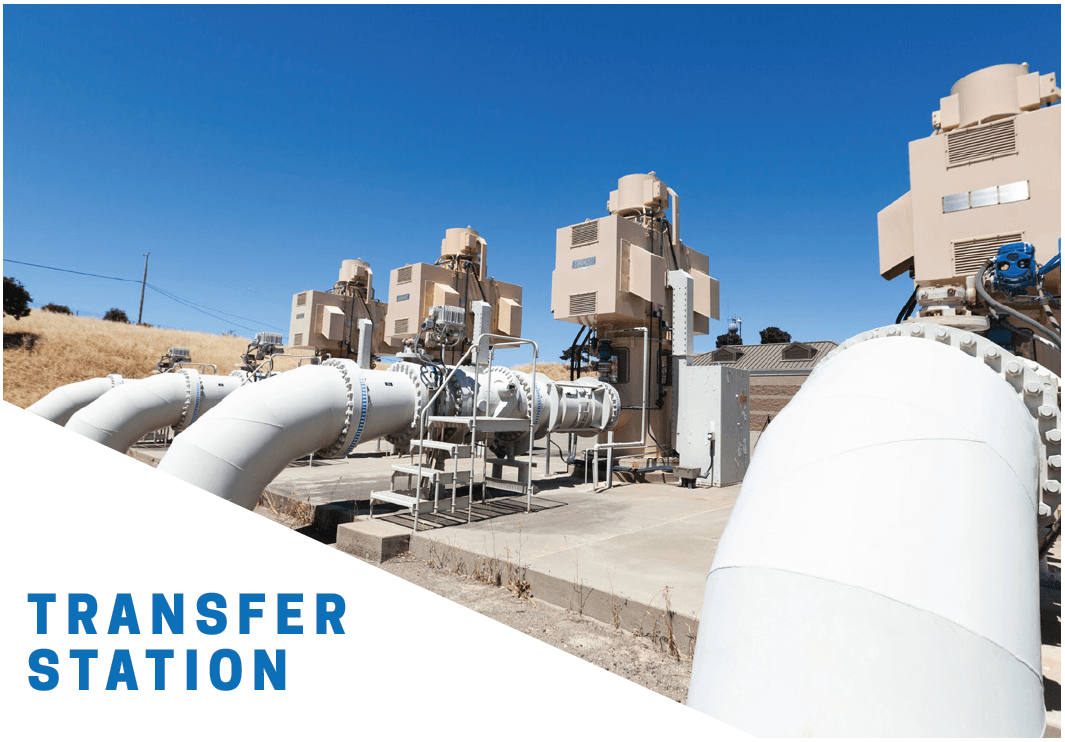